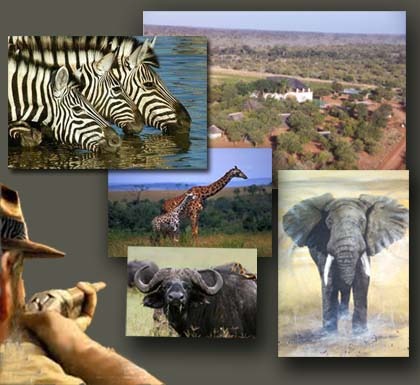 "Its about ethical hunting...Its about quality trophies...Its about a memorable "African Busveld Safari", but its also about family! A family business based on solid family values, offers you all this in setting that is a "HOME AWAY FROM HOME"

Huntley Ferreira Safari's hunting territory consists of 20 000 acres, and is the oldest game ranch in the district with a multitude of plainsgame roaming the area. The farm situated between rustic towns Alldays and Swartwater, in near proximity to South Africa's border with Botswana, and the offices of Huntley Ferreira Safari's are located approximately 6 km (3 miles) from the Limpopo river.

The farm Berlin's owner, Huntley Ferreira, has 37 years of hunting experience – and has received foreign hunters from all over the world. Huntley Ferreira Safari's caters for rifle hunting, bow hunting, handgun hunting, photographical safari's as well as fishing safari's.

The Africa Safari of a life time!
For plainsgame or the big five.

Lion, buffalo, elephant, leopard, rhino; the big five and plainsgame, are a pleasure to hunt with Huntley Ferreira Safari's due to special care taken, considering the needs of our customers.

Needed an Outfitter that TRULY can outfit your Safari?

We invite you to browse through our website and see what we mean... 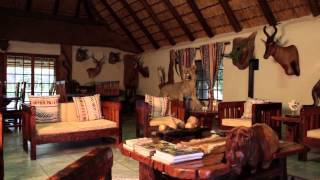 Take a couple of minutes and see why Huntley Ferreira Safaris is the obvious choice. Fair chase hunting...Superior quality trophies and luxury accommodation...all set in the infamous Limpopo Valley, with Zimbabwe, Botswana and Namibia right on our doorstep!!